Is Pastured Meat Really Better for Your Health? 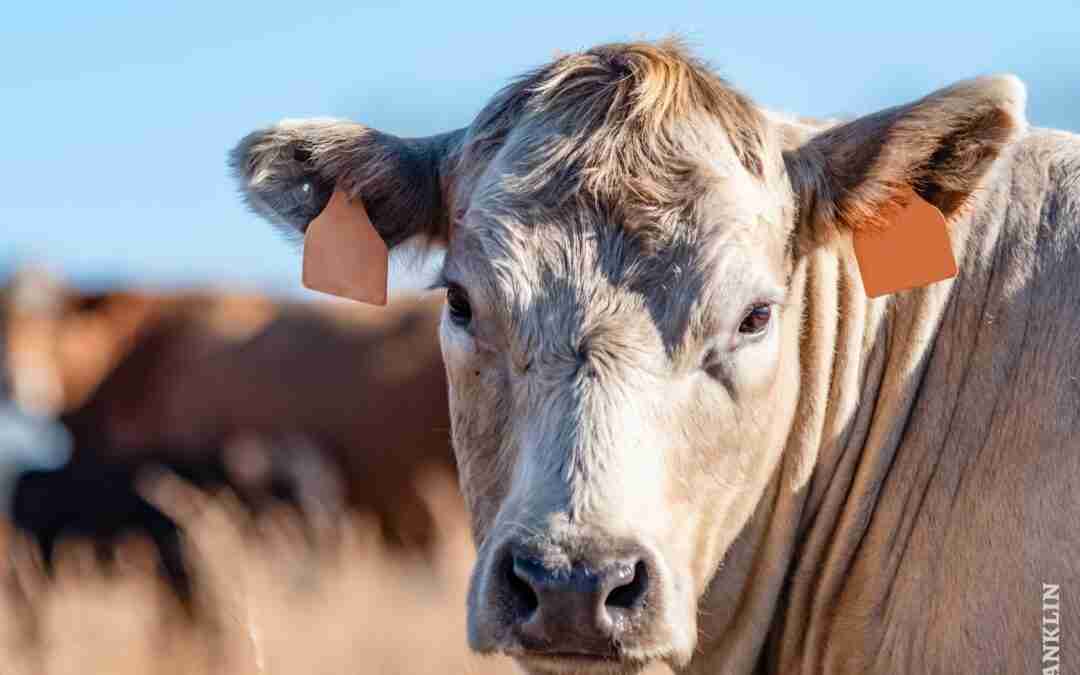 With all the recent and growing hype about grass-fed meats, do you sometimes wonder:

Is pastured meat really better for you?

Particularly when the meats from pastured animals are more expensive than “regular” supermarket meats, this is an important question to consider.

Is it worth the extra cost? What really are the differences between them?

That’s what we’re going to talk about today!

First, some definitions. What we typically call meats, whether factory-farmed, pasture-raised or wild, come primarily from hoofed land mammals (ruminants 27%, and swine 36%), and from birds (35%).

Ruminants include all varieties of: 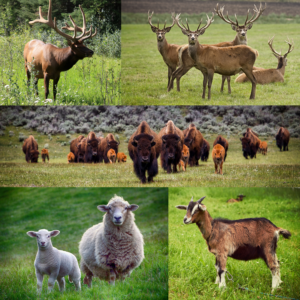 Most ruminants have a four-chambered stomach (which is what makes it possible for them to subsist all that greenery), and two-toed feet. Ruminant meat is usually what we are referring to when we say “red meat”.

Swine include wild and domesticated pigs/hogs, boar, and peccaries (ex. javelina), and are omnivores – they eat a wide variety of both plant and animal matter. The meat from pigs, hogs, etc. is called pork and is often referred to as “the other white meat”, at least in the U.S.

Birds, like swine, are omnivores, and naturally eat a vastly varied diet, including grass, leaves, nuts, seeds, fruit, insects, spiders, worms, snails, slugs, fish, small mammals, other birds, eggs, and so much more… [I’ve been raising chickens in my backyard for 10 years now, and I can attest, they will eat just about anything!]

Birds are the primary source of what we typically call “white meat”, which comes from poultry (that’s domesticated fowl such as chickens, turkeys, ducks, and geese), and wild birds (including partridge, pheasant, grouse, guinea fowl, quail, pigeons and ostriches). Chickens and their eggs make up the vast majority of the poultry products consumed by humans, worldwide.

How They Are Raised

There are two main ways that domesticated ruminants, swine and birds are raised in order to provide meat for people – they are either pasture-raised, or they are mostly grain-fed in massive factory farms (aka CAFOs, feedlots, megafarms.)

Most of the meat available in supermarkets today comes from CAFOs – concentrated area feeding operations – which are enormous commercial livestock operations, raising and slaughtering billions of animals each year in the U.S. alone. CAFO animals’ lives are characterized by:

These factors all add up to a lot of misery and sickness for the animals, which then affects the meat that we eat. Because of how they are raised, the meat from CAFO animals contains significant amounts of pesticides, herbicides, fungicides, GMOs, antibiotics, and growth hormones, and is often contaminated with harmful bacteria, including Salmonella, Campylobacter, E. coli, Enterococcus, and Staphylococcus. All of which we consume when we eat that meat.

According to a study published in the scientific journal, Clinical Infectious Diseases, almost half of the meat and poultry sold in the U.S. is contaminated by highly dangerous bacteria. “Densely-stocked industrial farms, where food animals are steadily fed low doses of antibiotics… [are] ideal breeding grounds for drug-resistant bacteria that move from animals to humans,” according to the report. “Antibiotics are the most important drugs that we have to treat certain infections; but when infections become resistant to three, four, five or even nine different antibiotics — like we saw in this study — that leaves physicians few options [for treating these dangerous infections.]“

And finally, because of the prevalence of infections in CAFO-raised meats, it is standard practice in the industry to wash the meats with chlorine-saturated water in order to kill bacteria. This and other questionable practices in the U.S. has led to an ongoing ban on U.S. meats by the European Union (E.U.) since 1996. Hmmm…

Plus, pasture-raised animals live a better quality life, so when we choose pastured meats, we are not only getting a much higher quality food for ourselves, we are supporting practices that improve the lives of millions of animals.

In addition to the many health benefits to us humans, and to the quality of life benefits to the animals, of pasturing, there are a number of environmental impacts to consider, and these can affect human health as well.

And groundwater contamination from CAFO operations can affect people for many miles around, causing detrimental health effects for generations of families.

So it’s not just from eating CAFO meat that health is adversely affected, but also from the production of the meat. And those affects can be very long lasting, in people and in the environment.

For the sake of your own health, the health of farm workers and neighboring communities, and the health and quality of life of the animals, pastured meats are vastly superior to factory-farmed meats. Pastured meats provide significantly more nutrients, better fat and protein profiles, and a much less inflammatory food than CAFO meats, and they are therefore a much better choice for helping you optimize your health and improve your healthspan.

Spoiler alert: It turns out that properly pasturing livestock, especially ruminants, could actually have a major impact in improving the environment and turning back the tide of climate change! Learn more, here.

*This list is excerpted from “By-Product Feedstuffs in Dairy Cattle Diets in the Upper Midwest,” published in 2008 by the College of Agricultural and Life Sciences at the University of Wisconsin at Madison.