The Case for Low Carb 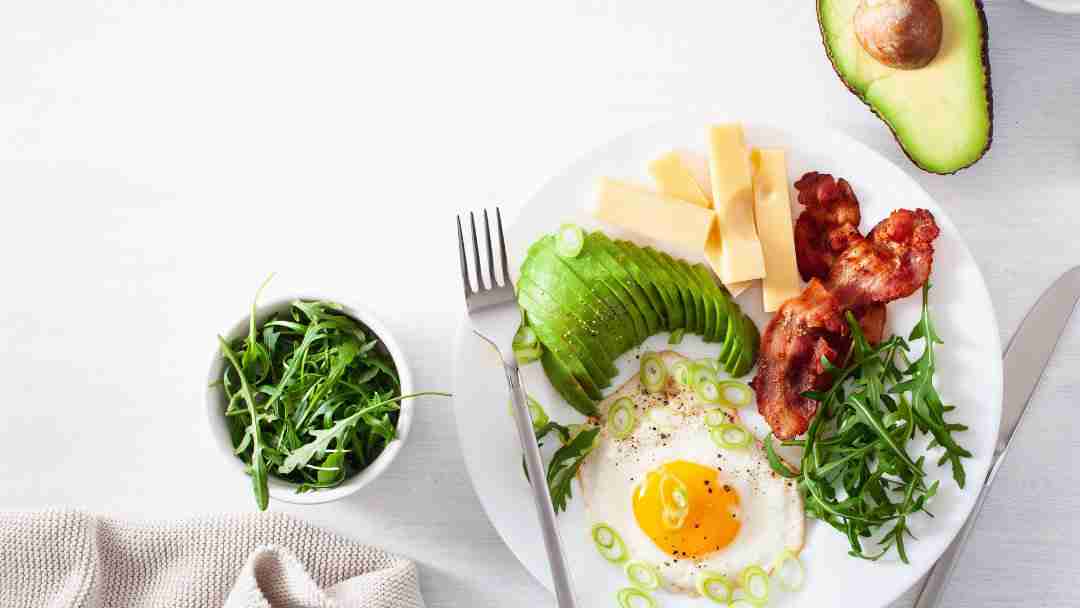 For the past fifty years, the medical establishment and the U.S. government have preached the same basic dietary rules: eat lots of carbs (6-11 servings of “healthy” whole grains and 2 cups of sugar-laden fruits per day), restrict fats and overall calories, and exercise more. (There’s also the bit about choosing damaging vegetable oils over saturated fats, but that’s not relevant for today’s discussion).

And during those 50 years, rather than our population getting healthier from following these recommendations, the rates of diet-related diseases – including obesity, diabetes, hypertension, metabolic syndrome, and dementia – have continued to climb, and are projected to continue doing so into the future. 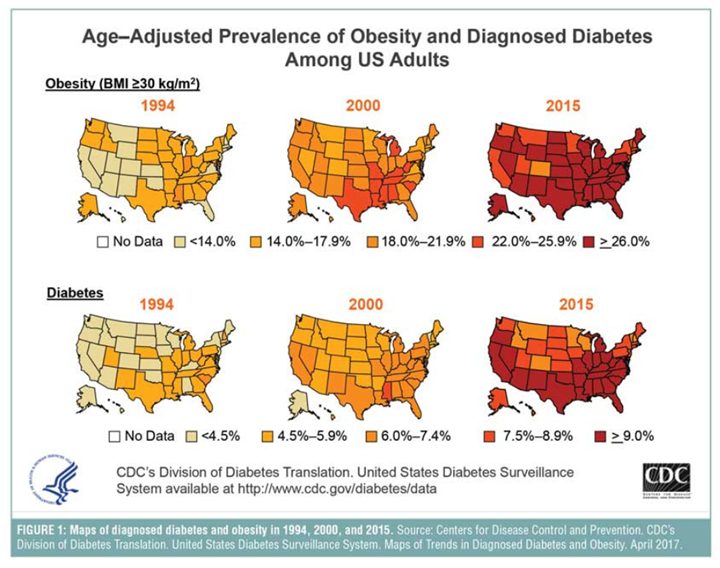 So what’s wrong with this prescription, and what should we be doing instead?

The fundamental problem with this prescription is that it is based on the faulty premise of “calories in = calories out”. This premise implies that all calories are created equal, that our bodies are simple machines, and food is a simple fuel made only of calories.

What this premise fails to account for is that we are complex organisms, with hormones and genes and a multitude of other factors at play every second of every day, and our foods are complex, too, containing varying quantities and qualities of proteins, fats, carbohydrates, vitamins, minerals, phyonutrients, enzymes, and so much more, not just pure calories.

It also fails to account for the effect of different types of foods on our hormones (such as insulin, ghrelin and leptin) and thus on our appetites, and how our bodies handle those foods.

Have you ever tried to strictly follow the U.S. dietary guidelines to eat lots of “healthy” whole grains, potatoes and other tubers, and plenty of sugar-laden fruits? If so, you may have noticed that these carb-rich foods actually stimulate your hunger and make it very difficult to eat less. Instead, they make us want to eat more, and they make us put on more body fat.

What we should be focusing on instead is reducing blood sugar and insulin stimulation. This is the key to optimizing health and longevity, achieving and maintaining healthy weight, energy and mood, and minimizing and reversing disease.

And what’s the best way to do that?

Eating low carb means limiting carbohydrate consumption, typically to less than 50 grams per day for most people. This is usually – and most effectively – achieved by avoiding grains, legumes, starchy vegetables, and most sweeteners, limiting fruit to one small daily serving of low carb berries, and filling your plate with proteins, fats, and non-starchy vegetables.

The science behind low carb eating is now well established, with countless studies conducted over the past 20+ years showing conclusively that a low carb diet (especially when compared to a “conventional” high carb low fat diet) has many, many health benefits. Let’s look at several of the most important benefits.

A low carb diet has been found repeatedly to be the most effective method for most people to lose and keep off excess weight (ie. burn off extra body fat), particularly the dangerous visceral fat (fat that collects around organs) and belly fat, and achieve and maintain a healthy weight.

Low carb diets also increase the body’s ability to turn unhealthy white fat (a lazy kind of body fat that plunks itself down in our mid-sections and stubbornly won’t leave) into the sporty, energy-boosting beige and brown body fats.

In addition, low carb eating typically leads to better body composition, with more muscle mass and increased bone density and strength, helping to stem the tide of muscle and bone loss that often come with aging (and that is due in large part to unhealthy grains).

(The CACS is a direct measure of the actual amount of plaquing within your heart’s arterial walls, and thus gives a true picture of your actual level of heart disease, vs. indirect, probability-indicators like cholesterol numbers, which are often mighty inaccurate. So – side note – before you freak about your cholesterol numbers, and definitely before you allow yourself to be put on dangerous statins, find out your CACS.)

Unheard of before 1980, non-alcoholic fatty liver disease (NAFLD) is a now-common condition where fatty deposits accumulate in the liver due to causes other than drinking excessive amounts of alcohol. Typically, NAFLD is caused by chronic elevated blood sugar and insulin levels, and subsequent insulin resistance.

This fat accumulation hampers the liver’s ability to do its main job – the removal of harmful substances from our bodies, aka detoxification – which leads to many other health problems.

A low carb diet is a very effective way to reverse and avoid NAFLD, and improve liver functioning, leading to an improvement in overall health.

(Another great way to improve your liver function, detoxification, and overall health is to do my 10-Day Detox!)

We rely on our brains every minute of every day, and we want our brains to be quick and sharp. But these days, it’s more and more common for people to talk about being forgetful as an everyday part of life: not being able to remember where they put their keys, or what they went into another room for, or what they were about to say, or even briefly not being able to recall the name of someone near and dear.

We tend to dismiss this type of mild cognitive decline as a “normal” part of aging, and unfortunately it is normal these days (as in, common), but folks, it ain’t right! Forgetfulness is an early sign of declining brain health, and should be taken very seriously – do something about it now, while it’s easier to fix, and before it gets worse!

One of the best things you can do for your brain health and function is… you guessed it! Low carb. Eating low carb reduces brain inflammation, gives our brains more high quality energy, enhances mental sharpness, improves short and long term memory, enhances the ability to focus and concentrate, and improves retention and recall of information.

Low carb eating also lowers the risk and incidence of dementia, including Alzheimer’s (did you know that Alzheimer’s is now being called “Type 3 Diabetes”?), and slows the progression of cognitive decline, dementia and Alzheimer’s that has already begun.

One in three people will get cancer of some kind in their lifetime. And cancer feeds on sugar. Low carb diets reduce the risk of getting cancer to begin with, and then, if cancer develops, the lack of carbohydrates starves cancer cells of their primary fuel source, sugar, slowing their growth.

Low carb diets have also been shown to help mitigate the side effects (ex. nausea, vomiting, loss of appetite, etc.) of conventional cancer treatments like chemotherapy, improving patient quality of life during treatment and making it possible for cancer patients to tolerate more aggressive or longer courses of treatment, increasing the likelihood of their survival.

With lowered consumption of starches and sugars comes lower blood sugar (fasting, post-meal, and A1c), lower insulin levels, and improved insulin sensitivity, all of which reduce the incidence and severity of diabetes and all the problems that come with it. In fact, many people with diabetes and pre-diabetes find that sufficiently reducing dietary carbohydrates is all they have to do to rid themselves of the disease for good.

Nearly 1 in 2 adults over 18 in the U.S. has hypertension, aka high blood pressure, and having this condition can lead to severe health complications and increase the risk of heart disease, stroke, and even death. 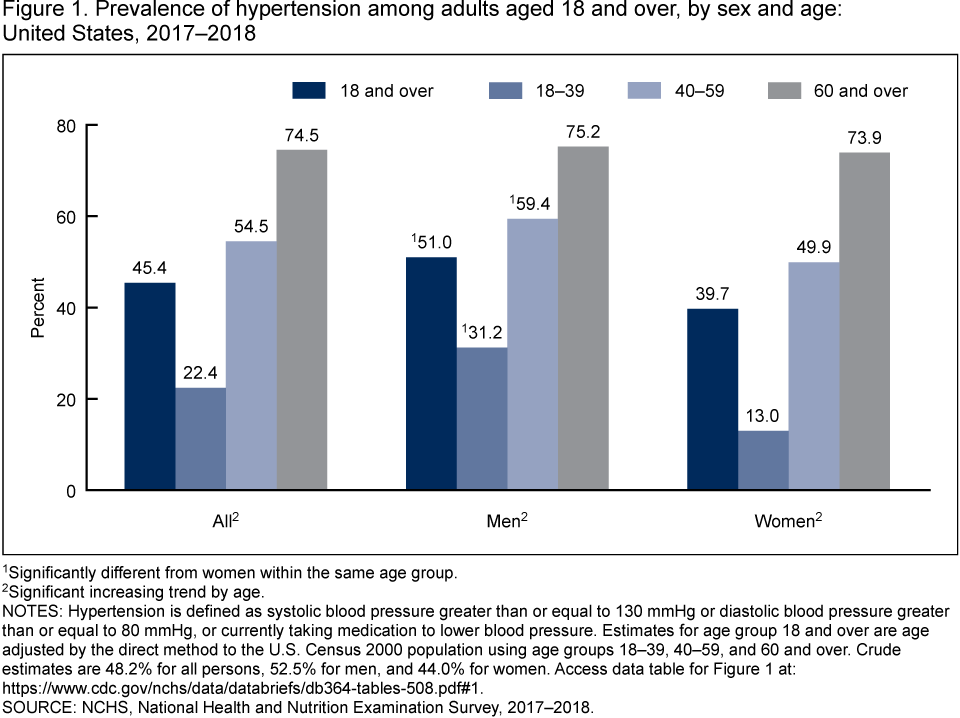 (Interestingly, the theory that high sodium (ie. refined white salt) intake causes high blood pressure is not well-substantiated, despite having been widely accepted as a major cause of hypertension for decades now.)

When we eat low carb and get into a fat-burning (vs. sugar-fueled) state, we produce more fuel (ketones) for our bodies to run on. This extra fuel super-charges our mitochondria (the powerhouses of our cells), and makes everything in our bodies work better, including improving our physical and mental energy and stamina. Most people find that within a few weeks to a few months of going low carb, they feel amazing, and have more energy and stamina than they’ve ever had before.

Fat burning has the yet another benefit – it’s cleaner than sugar burning, creating fewer damaging, inflammatory byproducts. Burning carbohydrates for fuel produces a lot of inflammatory and destructive residues in the body (kind of like a poorly tuned diesel truck spewing black exhaust all over town). But when we’re low carb, we create and run on more of the cleaner-burning fuel of ketones, which create less inflammation and oxidative damage compared to running on carbohydrates. So being low carb reduces inflammation (a root cause of many ailments) and oxidative damage, slowing aging and improving overall health.

Mental illnesses are often debilitating and can manifest in a myriad of ways, including mood swings, anger, anxiety, panic attacks, OCD, phobias, eating disorders, depression, bipolar disorder, schizophrenia, delusions, and suicidal thoughts. Since 2005, rates of depression in the U.S. have increased significantly, with 1 in 5 adults in the U.S. being diagnosed with a mental illness each year.

And behind the scenes with all of these, one of the culprits just might be fluctuating blood sugar levels, exacerbating and possibly even causing many of these awful conditions.

Another potential cause is mitochondrial dysfunction.

Low carb diets address both of these potential causes, stabilizing blood sugar and improving mitochondrial function, and many people with mental illnesses report improvements from eating low carb, with more stable and improved moods, less anxiety and depression, less irritability and volatility, and even a better relationship with food.

Studies have even shown promise using a low carb diet for improving mental illnesses as serious as bipolar disorder and schizophrenia; mood stabilizing drugs work in part by making neurons less excitable, and a low carb diet has a similar effect, sometimes even surpassing the efficacy of medications.

And speaking of the excitability of neurons, low carb dieting has also been shown to help with many neuromuscular and neurodegenerative disorders, including migraines, ADD, autism, epilepsy, motor neuron disease, ALS, tremors (ex. Parkinson’s) and palsy, as well as improving proprioception, balance and coordination.

And What About Keto?

A Keto diet is a type of low carb eating that further restricts carbohydrates beyond “just” low carb, typically reducing carb intake to less than 20g per day. This stricter version of low carb puts the body farther into the health-enhancing, fat-burning mode of ketosis, and confers its own host of benefits, above and beyond moderate low carb.

An important thing to note about Keto is that how one goes about doing Keto also makes a significant difference for many people, in terms of the benefits they get. What types of foods are chosen (ex. cheese or no cheese), the quality of those foods (ex. pastured vs conventional meats, healthy vs unhealthy fats), their nutrient density, how non-toxic the foods are (ex. organic or not), etc. – these kinds of choices can all help make Keto even more powerful for improving health and quality of life. And sometimes, a very high quality, clean version of Keto is exactly what’s needed for people to heal from serious or stubborn health issues.

For a deeper dive into this topic, check out my post “What Is CleanKeto?”

A low carb diet is a powerful tool for improving overall health and quality of life, slowing aging, and reversing and preventing a whole host of diseases. It is the healthiest way of eating for most people, and is the most effective path for improving most health issues.

Get started today! For more guidance on how to get started with low carb eating (or fine tune your diet for better results), check out my guide What To Eat For Optimal Health.

Want more ideas for next steps to take on your holistic health journey? Then check out my Roadmap to Optimal Health, as well as my collection of articles, podcast episodes, and healthy, easy, delicious recipes.