The Top 7 Triggers of Seasonal Allergies 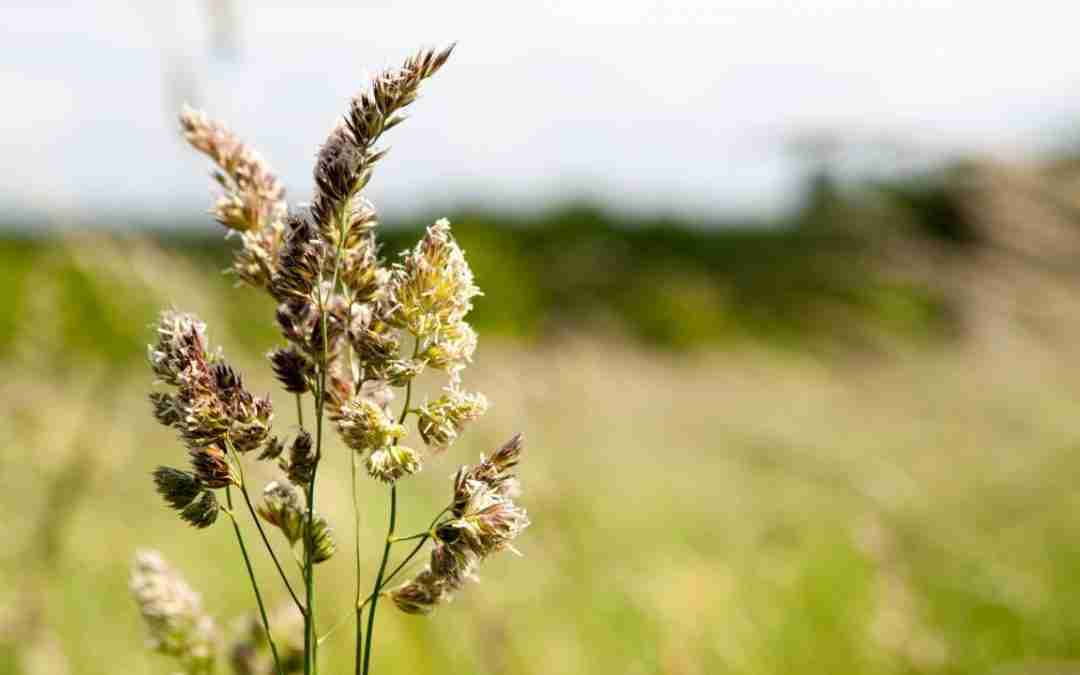 In this episode – the second in a 5-part series on seasonal allergies – we explore the most common triggers of seasonal allergies, and when they tend to occur, so you can get a better idea of what is setting yours off.

As much as 63% of the population worldwide – and more than 50 million Americans – suffer from allergies each year, and those numbers are growing.

In this article, which is Part 2 in a 5-part series on Seasonal Allergies, we’ll explore the most common triggers of allergies, and when and where they usually occur.

(For links to the other parts of this series, scroll down to the bottom.)

The Top 7 Triggers of Seasonal Allergies

Hayfever, also known as seasonal allergies, are most often triggered by:

Struggling to Identify Your Allergy Triggers?

One of the frustrating things about allergies of all kinds is that it’s often hard to tell exactly what the triggers are, and this goes for seasonal allergies, too.

This is because of a number of factors – overlapping pollen seasons, the simultaneous presence of many potential triggers (pets, mold, etc.)…

and the problem of cross-reactivity.

Cross-reactivity occurs when your body’s immune system identifies different substances as being structurally similar or biologically related, and labels them all as dangerous invaders, thus triggering an immune response to numerous and seemingly unrelated (and often benign) items.

So, many people who react to certain allergens will experience allergy symptoms when exposed to other allergens, too, because of their similar molecular structure, such other types of pollens, pet danders, mold, and even certain foods. And this tends to get worse over time, as the immune system gets more and more reactive. So you might find yourself getting more sensitive to more things over the years, and despite your best efforts, unable to figure out what the real problems are.

This can be sooo frustrating!

Another thing that happens with cross-reactivity is that because of its tendency to increase the immune response to a variety of proteins, it often causes an increase in food reactivity as well.

For instance, if you’re allergic to birch trees, you may get itchiness or swelling in your mouth or around your face after eating almonds, apples, carrots, celery, cherries, coriander, fennel, hazelnuts, kiwi, peaches, pears, or plums, as they all have similarities in their molecular structure that the immune system can mistake for enemy invaders. 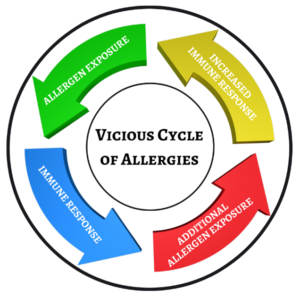 You might also notice, for instance, that in springtime, when you are suffering from a tree pollen allergy, you are also more sensitive to certain foods, like dairy, wheat or corn.

Or, when you visit a friend who has pets, you react to more foods during and after the visit. Those foods you’re reacting to then become additional triggers of seasonal allergy symptoms, and make your reactions to pollen, dander, mold, etc. worse.

Now, let’s explore the most common and most allergenic types of hayfever triggers, and when they tend to occur.

Typical Triggers: What, Where, When

If you start to sniffle and sneeze in winter or early spring, it’s likely trees that are getting you, since other types of plants don’t start pollinating until later in the spring.

Tree pollens are dry and lightweight, and can travel great distances in the wind, affecting people as far as a hundred miles away! This means that if you are suffering from tree pollen allergies, the culprit might not be in your immediate environment. 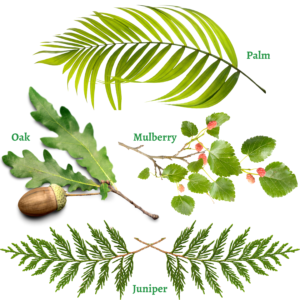 The most allergenic tree pollens are:

so let’s look at each of those in a bit more detail.

Oak trees are found throughout the Americas, Europe, Asia, the West Indies and parts of Africa. They pollinate in springtime, and the pollen is moderately to severely allergenic. Positive skin prick test results from oak pollen have been reported in 29% of those tested, making it one of the leading causes of allergies worldwide.

Juniper pollen is a very sticky pollen with a barbed molecular structure, and it also very large and very buoyant, travelling on the wind for many miles around, and making it very allergenic. In fact, it is the most allergenic tree pollen there is, and especially for those living in the southwestern United States, Juniper – also known as cedar or mountain cedar – is the worst trigger for allergy sufferers. It is unique in that it can trigger symptoms in people who have no other allergic tendencies.

Juniper produces copious amounts of pollen for much of the year, only taking a break during the late spring and summer. And with global climate changes, their pollen production and length of pollination season is increasing as these trees attempt to adapt to and survive climate fluctuations.(2) Yeesh!

Originating from Asia, Mulberry trees can now be found throughout much of the world, and especially in Europe and North America. Mulberry tree pollen is very allergenic – so much so that it has been banned in many areas, to try to protect people! Mulberries pollinate in both winter and spring.

A tropical species of tree, palm trees grow outdoors in hot climates, and are found throughout the tropical and subtropical regions of the world. Palms may pollinate any time between the months of January and June, depending on what area they are located in.

Palms are also grown as houseplants, and in the indoor environment, can bloom any time of the year, though January to June is still the most common time for pollen production. Note: it is the male palm plants that produce the most allergenic pollen, so try to avoid having those in or near your house if you are sensitive!

Palm trees are actually a relative of grasses, so many people who are sensitive to grass pollen will find themselves reacting to palms as well.

Other trees that cause allergies are alder, ash, beech, birch, box elder, cottonwood, elm, eucalyptus, hickory, maple, pecan, sycamore, walnut and willow. The timing of pollination on these can vary quite a bit by variety and location, so check your local pollen count reports when you start having allergies to try to pinpoint which plants are your foes.

Grass pollen is most common in late spring and throughout summer. There are thousands of species of grass, but only a handful cause serious allergy symptoms:

Weed pollens are incredibly prolific! A single ragweed plant can produce up to a billion pollen grains in one growing season, and tend to peak in autumn. Wind-carried weed pollen grains can travel for hundreds of miles.

The weeds responsible for the most allergies are: 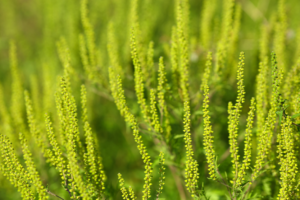 Smoke from woodstoves and fireplaces is another common trigger and aggravator of seasonal allergies, can be located anywhere, and is most common in winter.

Spores from indoor and outdoor fungi and molds – a surprisingly common problem – can affect people any time, anywhere, and can be seasonal or perennial. Mold is a huge topic all on its own, and a large and growing cause of many health problems, including but also going way beyond just allergies. More on this in future articles!

Dust mites and pet dander can affect people year-round, in any location, but symptoms often worsen in winter, when houses are closed up.

Now that you know the typical triggers of allergies and their timing, hopefully this gives you a better idea of what your allergy triggers might be!

In the next article in this series, I talk about the underlying, root causes of seasonal allergies that, when effectively addressed, can lead to true and lasting relief.

Part 1: What Is It & Symptoms
Part 3: The Underlying (Root) Causes
Part 4: The Bests Tests to Do
Part 5: Natural Treatments